The 9th day of the 9th lunar month is the traditional Chongyang Festival in China, or the Double Ninth Festival, which falls on Oct 14 this year.

In the ancient Chinese book Yi Jing, or The Book of Changes, number "9" is thought to be Yang, meaning "masculine" or "positive". Therefore, the 9th day of the 9th lunar month in China is often known as the Chongyang Festival (Chong means "double"), or the Double Ninth Festival. Chinese ancestors considered it an auspicious day.

Do you know the customs of the festival?

Let's find them out in the following blind boxes!

All along, it is customary to appreciate chrysanthemums during the Chongyang Festival. Originated in China, chrysanthemum, also known as "yellow flower", has various species in the composite family. China enjoys a long history of growing chrysanthemums. The China Kaifeng 39th Chrysanthemum Culture Festival also gets set to kick off on October 18 in Kaifeng, an ancient capital city for 8 dynasties.

The Chongyang Festival is also called the Mountain-climbing Festival. An important reason that climbing mountains is valued by the Chinese people, especially by the elderly, during the festival is that it means "climbing to longevity".

Ancient Chinese people believed that wearing dogwood during the Chongyang Festival could prevent them from diseases and disasters due to its functions of expelling insects, getting rid of humidity, helping digestion and curing inner heat. The custom of wearing dogwoods was already very popular in the Tang Dynasty (618-907).

It has long been regarded as customary for the Chinese people to enjoy chrysanthemum wine during the Chongyang Festival. It was seen as a "lucky wine" in ancient China because it was said that drinkers of the chrysanthemum wine would be free from evils.

Dating back to the Zhou Dynasty (1046 BC-256 BC), the Double Ninth cake is also known as the chrysanthemum cake or the flower cake, prevailing especially in North China. "糕" (cake) shares the pronunciation with "高" (high, tall). Therefore, the Double Ninth cake has been favored by the Chinese people for its auspiciousness.

In modern times, the 9th day of the 9th lunar month has seen as a day for respecting the aged, since "九九" (double ninth) is pronounced the same as "久久" (longevity or lasting forever). 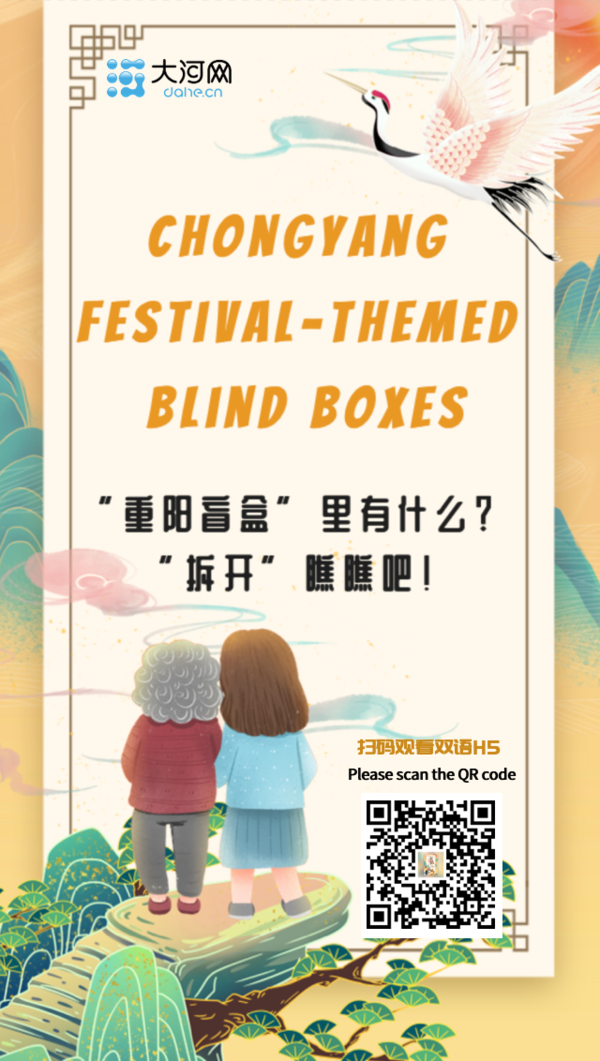