A Firefighter Injured in Heavy Flood Persevering in Frontline Rescue

"Ah, it's terribly dangerous!" A few days ago, a video went viral among the local residents in Xinmi of Zhengzhou city, Central China's Henan province. In the video, a firefighter was washed away when rescuing the people trapped in the muddy flood triggered by the torrential rain. People were worried very much about the firefighter in the video which was captured by the local people. 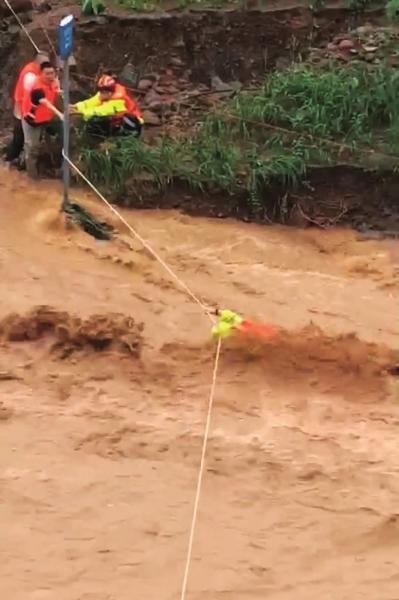 After watching the video, the reporter immediately contacted the provincial fire corps for the confirmation. Thankfully, the firefighter was rescued by grasping a piece of plastic pipe by the side of the road when being washed away. Right now, he is still in the team of the rescue.

On the morning of July 27, the reporter interviewed the firefighter, who is called Fang Lingyuan, at Xinmi.

Aged 46, Fang looked very thin but energetic. He told us his experience in a humorous way.

At 1:45 pm on July 20, the floodwaters washed out a concrete road in Xiazhuanghe community of Niudian town, Xinmi, leaving many people trapped. The fire brigade of Xinmi was in urgent need.

In a rapid speed, Fang arrived at the site with a group of firefighters. The crowd were so worried, pointing at the opposite side of the strong current, where two people were trapped in a first-floor store and two in a car. The community's gas line was washed out by the floodwaters with a pungent smell in the air. The shabby buildings were also in danger of collapsing at any time. That situation was extremely critical.

Fang immediately worked with his partners to evacuate the area, arranged smoking and open flames prohibited, and set up an escape route for the trapped people.

The current at the site was fast flowing with a depth of about 3 meters. Besides, with gas leakage, large machinery cannot be used but a rope thrown across the strong current to the trapped people.

"Since I had participated in water rescue training programs for many times and accumulated practical experience in flood fighting in 1998, I am very familiar with water rescue skills and equipped with necessary rescue equipment. Therefore, without any hesitation, I jumped into the water." To his surprise, Fang said, an accident occurred. Due to the strong current, his helmet was washed away and the safety belt was broken. After grasping the rope for a while with his hands, he was swept away. Fell into the water, Fang, with his rich experience, quickly calmed down, adjusted posture and tried to close to the edge of the current. Washed away for about 50 meters, he grasped a piece of plastic pipe from a factory exposed in the flood and climbed to the top for self-rescue.

On the afternoon of July 27, the reporter came to the site following with Fang. Although the floods have subsided, the houses and vehicles destroyed at the roadside can interpret how heavy the current was.

Seeing the plastic pipe on the side of the road, Fang felt a bit scared after the event. "You see, there are lots of stones and steels there. How can you believe that I didn't even notice them at that time at all!"

It is reported that a total of 315 people has been transferred to the safe area with 65 trapped people rescued by Fang and his partners who are still working at the frontline. 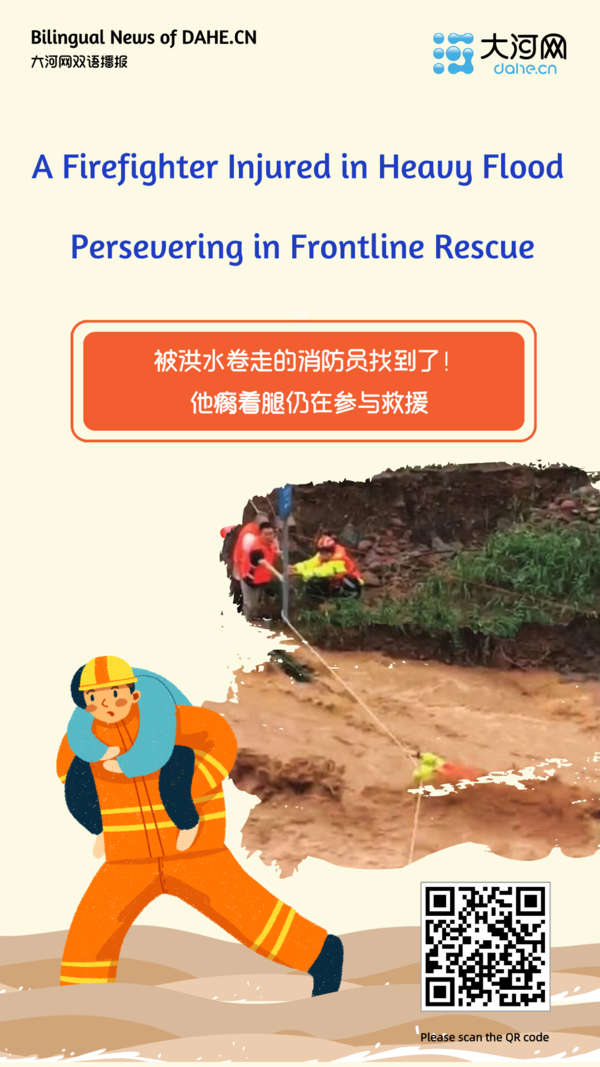