On the afternoon of July 20, extreme rainfall rarely seen in history lashed Zhengzhou, capital of Central China's Henan province, threatening the lives of two children trapped in a car with their mother. At the critical moment, many passers-by jumped into the water, swam to the car, broke the windows and finally saved their lives in the flood.

Giving thumbs-up to the ordinary heroes, people across China were deeply moved by this video. "Tears streamed down my face," a netizen commented.

On the morning of July 23, we made an interview with one of the heroes. Aged 29, Feng Jinchao is the deputy general manager of a pub in Zhengdong New District of Zhengzhou. His friends often call him "A Chao".

During the interview, Mr. Feng said simply, "There were many rescuers at that time. It's nothing and I don't want to make it go viral online."

Over the past two days, Mr. Feng had received many praises from his friends on WeChat, for example, "You are really a hero." and "Salute to our hero." Instead of drowning in their praises, he only replied, "Don't call me a hero since I just did what every Chinese would do."

Mr. Feng told us his story. 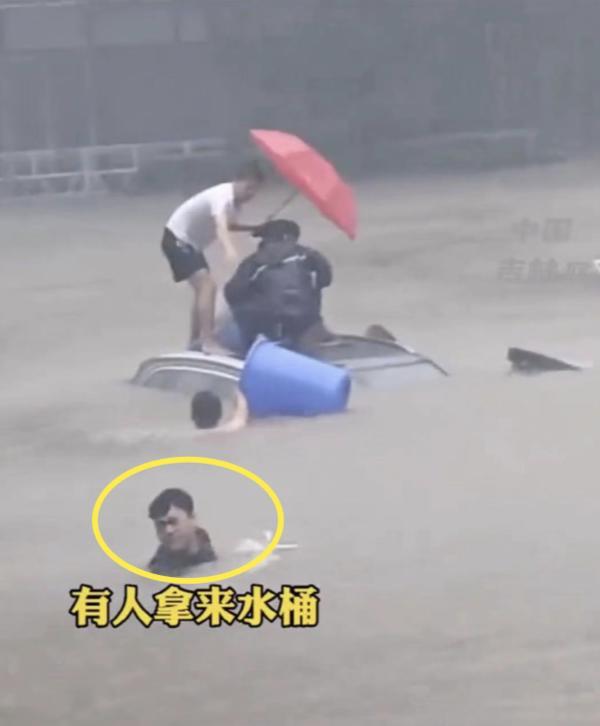 On July 20, Mr. Feng was working at the pub. Suddenly a torrential downpour flooded the road.

Around 5:30 pm, a passer-by ran for help. "Help, my children are being washed away!"

On hearing "children", he felt a knot in his stomach and immediately asked for help from his colleagues in the pub's WeChat group. After receiving the message, Wang Shenzhen, a colleague of him, came to the front door without hesitation. 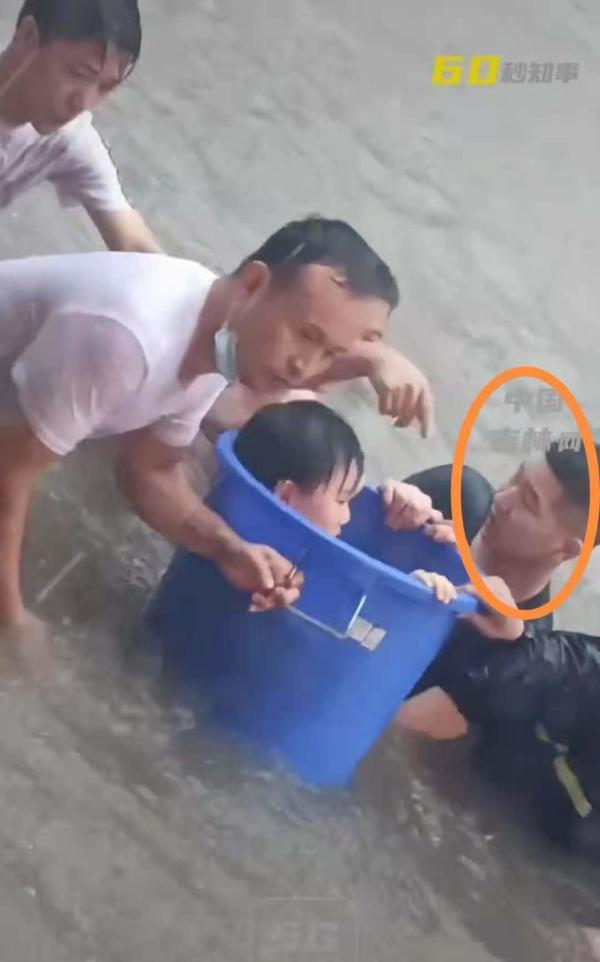 The pub had organized fire drills in the past, so Mr. Feng and Mr. Wang rushed to the micro fire station of the pub for safety rope. "Thanks to the safety rope!"

That's when he learned that two children and their mother were trapped in a partially submerged car.

It was raining extremely hard at that time, with soaring water level and unknown underwater condition. In the water full of debris and electric cars, Mr. Feng and Mr. Wang tried to reach the car, but the rain was so heavy that they could hardly keep their eyes open.

Soon, more and more people came to help them, and with the joint efforts, broke the windows. The first rescued child was taken to the safe place with a bucket, following the second child and their mother, thanks to the safety rope.

After rescuing, Mr. Feng noticed that the water level had risen to his mouth and nose with underground garage entrance and a strong current nearby. "If it hadn't been for that safety rope, I would have been swept into the underground garage."

Finally, with the safety rope and the bucket, Mr. Feng and others successfully rescued the two children and their mother. Only when he returned to the pub did Mr. Feng found that his legs and feet were scratched.

Mr. Feng was both excited and a little scared after the rescue's success. "I can't swim. Having no time to spare for my own safety, I just wanted to find them and save their lives. I was a little scared and felt exhausted after that."

Let's salute to the ordinary heroes!

In the face of the natural disaster, they write a heroic story.

The people in Henan are fearless, persevering and broad-minded. Their bravery is the brightest beacon in the disaster. 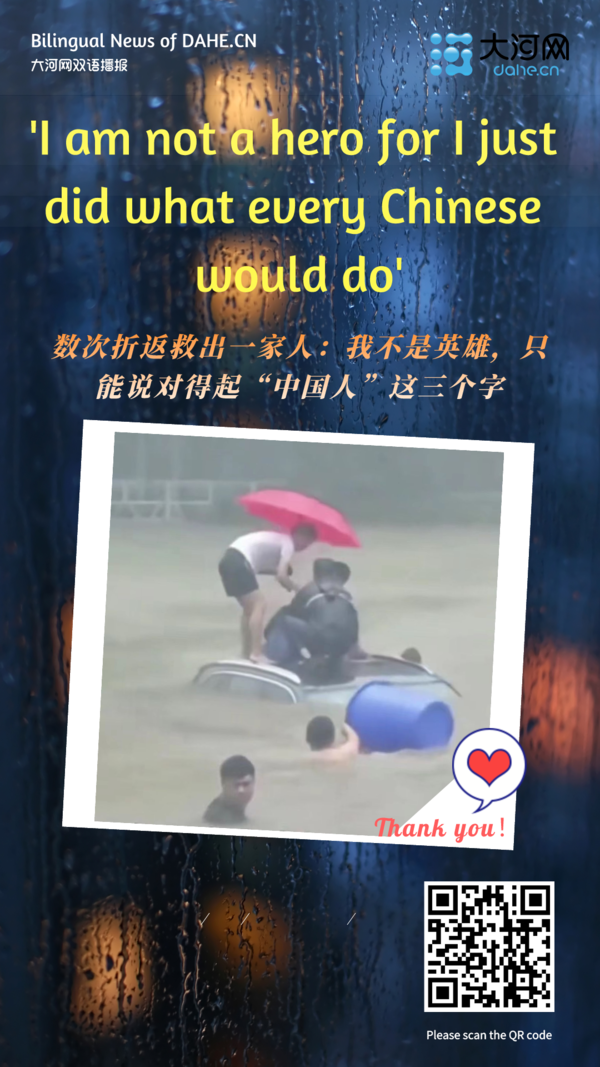