On March 1, in Shangqiu city of Henan province, a video of an 82-year-old lady painting by splashing ink from a plastic basin went viral on the Internet. In the video, the old lady pours a basin of thick ink over a large piece of fixed paper. She then uses an ink brush for further refinement, and soon a lifelike tiger head is created. Zhao Daoyang, her great-grandson, said that the old lady had been fond of painting since she was young, and filming her painting process was just for fun. And as she enjoys herself, the family is filled with happiness.

Zhao and his family live in Wanggongzhuang village of Beiguan town, Minquan county, a village known for tiger painting. According to Zhao, the old lady in the video is his 82-year-old great-grandma, Wu Ailan, whose video was inspired by him and his wife, Sun Li.

"My wife and I are both engaged in painting. We would also post some of our painting videos online, and my great-grandma also wanted one for her after seeing them." Zhao told the reporter that at first he was worried that his great-grandma would be tired from the ink-splashing painting, but it surprised him that she was quite interested in it. "I will use a small basin if I can't hold a big one." 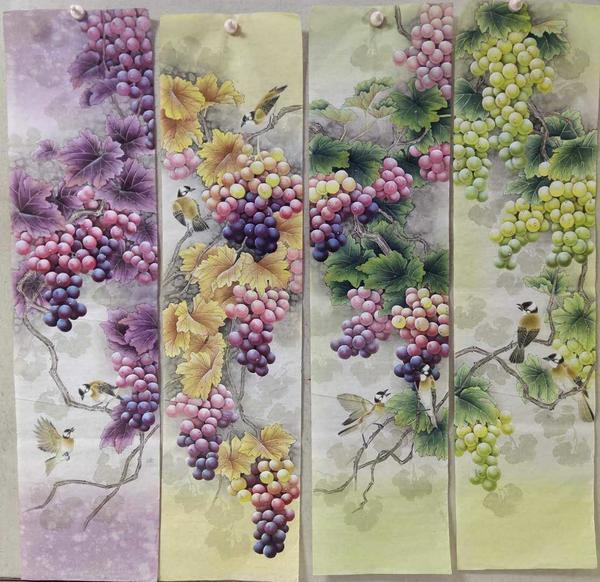 With the old lady's insistence, the couple made a video for her. In doing so, the first of all put up a piece of rice paper on the wall, covering the center with a basin to leave it untouched, and asked the old lady to splash ink on the large-spaced background. Sun then painted the details, and soon a vivid tiger image came about.

The handsome ink-splashing motion of the old lady and the exquisite art in result together created powerful visual impact. The video received lots of re-posts and thumbs up right after it was released, and brought a huge group of followers. 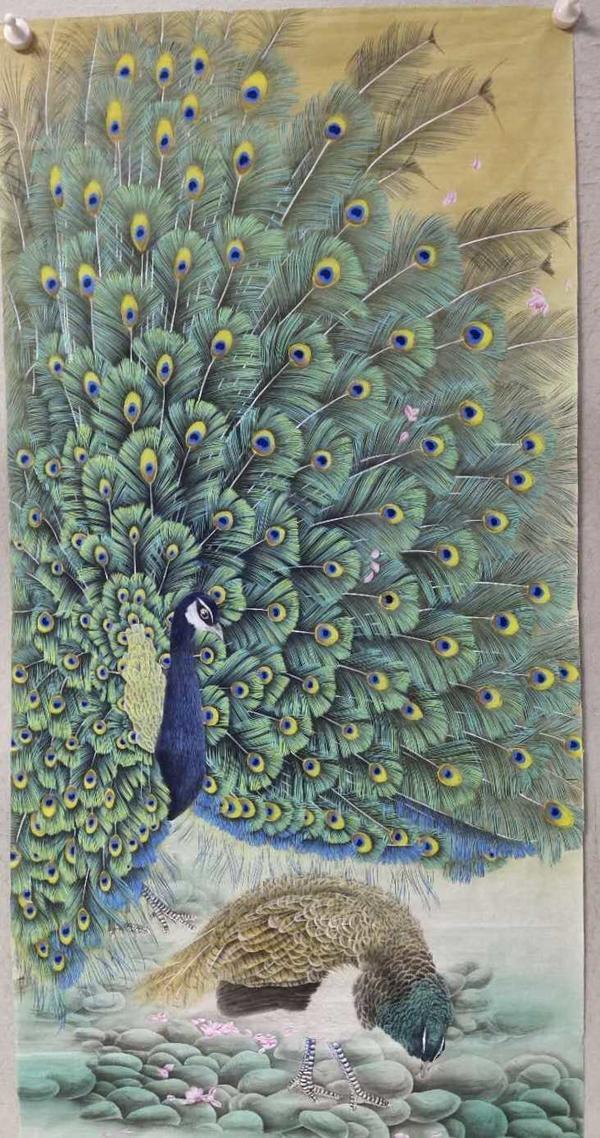 "She is more popular now than I am, and the netizens like her," said Sun, who has posted videos of her own ink-splashing paintings in the past but did not get many clicks. However, when it comes to the old lady, the videos will definitely become "viral".

According to Wu, she began to draw when she was young. In the past, whenever there was a joyous event at the nearby village, some would ask her for a picture to hang in the central hall. She was quite famous around the area. As she was getting on years, paintbrush was less picked up than before. It was not until she saw the young couple filming that she wanted to have a second attempt. She had never expected so many people to like it. 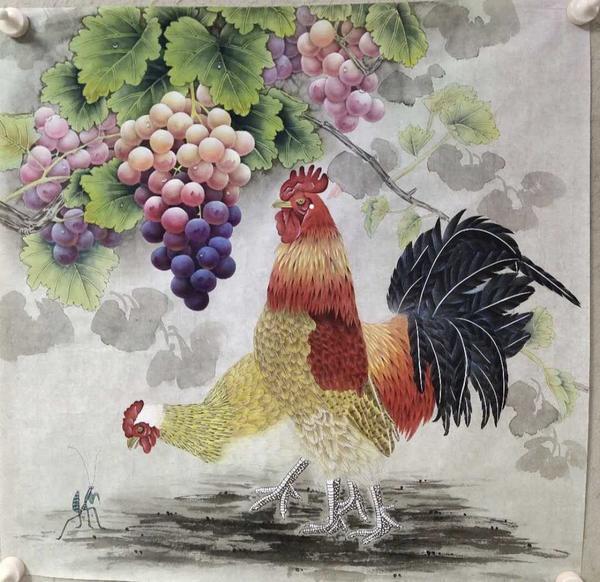 "As great-grandma is getting older, her hands are not flexible enough, so it usually requires the joint efforts of her and my wife to finish a painting," Zhao said. He added that a painting would take at least a day, since the ink needs to dry up after the splashing, before great-grandma draws outlines and my wife finishes off details, such as glasses, hair and whiskers. "Apart from tigers, we also paint flowers, birds, fishes, insects and landscapes in traditional Chinese style," Zhao said.

After the video became popular, it has been forwarded by many websites and even gained followers abroad. The family seems pretty calm about it. "It's just for fun and to make my great-grandma happy. She's been painting all her life, she loves it, and we all support her. Besides, it's like exercise to her." Zhao said that there are fans who like and want to buy their paintings, and they are willing to share the traditional Chinese painting with everyone and their paintings are also open for sale.